The Procrastilearning guide to meditation: 5 easy steps to enlightened enlightenment

Everybody successful does meditation, so you have to do it as well.

Don't worry. You'll find all the pro tips on getting it out the way on your to-do list right here.

Before we start: Thinking is actually okay

First, it's important to remember that you are not actively trying to stop thinking. You are just paying attention to your body or stuff around you.

If you notice yourself thinking, don't scream internally that you need to stop thinking. Instead you should say to yourself something like:

"Okay, I guess that was a thought. I will just get on with the paying attention thing again instead."

The above paragraph is pretty much all the advice you will ever need, but here, since you are procrastilearning, is some more information about how to make meditation something you can tell strangers you do when you are mingling at parties.

Yes, you could just sit on a cushion with a basic clock or stopwatch, but that wouldn't involve your phone, and you do love your phone.

There are so many meditation apps out there to choose from. You should probably just go with Medito as it's fully-featured, free and funded by donations.

But you will probably install Calm or Headspace because they spend a tonne on advertising and those were the first apps that came up when you googled meditation apps.

Either way, just get one with a mini how-to course in it. Do that course and irritably find you still don't feel like you know anything about meditation and go quickly to step 2.

This time you have to install something that has more features, because that's totally what will help you become a better meditator (that's probably a word).

Get something with talks in it, so that you can just listen to podcasts about meditation instead of meditating. That's much more pleasant and doesn't make you feel frustrated.

Also maybe get an app that for some reason has a social media aspect to it, with little community groups inside it where you can chat to other people who want to meditate but are actually just using their phone more. You'll have a lot in common and feel like you've found your people.

3. Install yet another meditation app

Ok, those first two apps just weren't a good fit. You finally realise what you needed to get was Insight Timer because it actually has thousands of free meditations in it, and you can happily spend a lot of time just scrolling through them all deciding what to put on.

It's a bit like how you actually enjoy the Netflix feed more than the shows and films - there are so many things you could watch, but let's see what else there is and keep scrolling.

4. Actually use one of the apps for several days in a row

It's got a little streak counter. They all do. That's very handy.

After a while, you can see you've done over 200 minutes. That sounds like a lot, you're almost ready to brag about it. But you don't seem to have achieved enlightenment, because that's what you're expecting.

Now you should get a little anxious about how maybe that 200 minutes didn't do anything, and quickly switch to another app, one more you. The anxiety seems to pass once you've done that.

5. Get frustrated that your mind wanders whichever app you use

You've repeated stage 4 a few times by now. You've used a gaggle of apps and done streaks in all of them, but for some reason you feel the same as before.

You're following along with the guided sessions, but you still end up thinking about some embarrassing thing you said to a client two years ago or how you haven't been to the dentist since... bloody hell, you can't even remember.

Sometimes that ending bell comes in and you realise you didn't spend a single second paying attention to your breath or to the sounds in the room and that you're just a goddamn failure.

Jesus. No wonder your teen sweetheart left you. Remember them?

Ok, so this is really the make or break moment. Yes, you feel like you've wasted a lot of time and aren't doing it properly.

You should just keep going anyway. It's not even a so-called sunk cost fallacy.

You're supposed to find it hard and you will get annoyed at yourself. But the best thing to do is keep trying. Eventually, you'll notice things get better. Then maybe they'll get worse again.

But with persistence, you will start noticing random small things in your everyday life that seem a bit different.

Like you catch yourself having an emotional reaction to something and you suddenly step out of it and calm yourself with ease. Or you don't get so easily caught up in other people's emotions like you used to.

It's a bit like jogging. Don't expect to enjoy it, and you might sprain your ankle at some point. But you will see benefits even if you suck at it.

Plus, that small amount of self-respect you give yourself for sticking with meditation instead of giving up on yet another thing, that's something that you get at the very least.

But maybe you should read about meditation some more too. This article wasn't enough, was it? Procrastilearning is so fun...

A short weekly dose of my laughable attempts to build a digital empire.

Why do anything when you can just keep reading about it instead?

You may also want to read 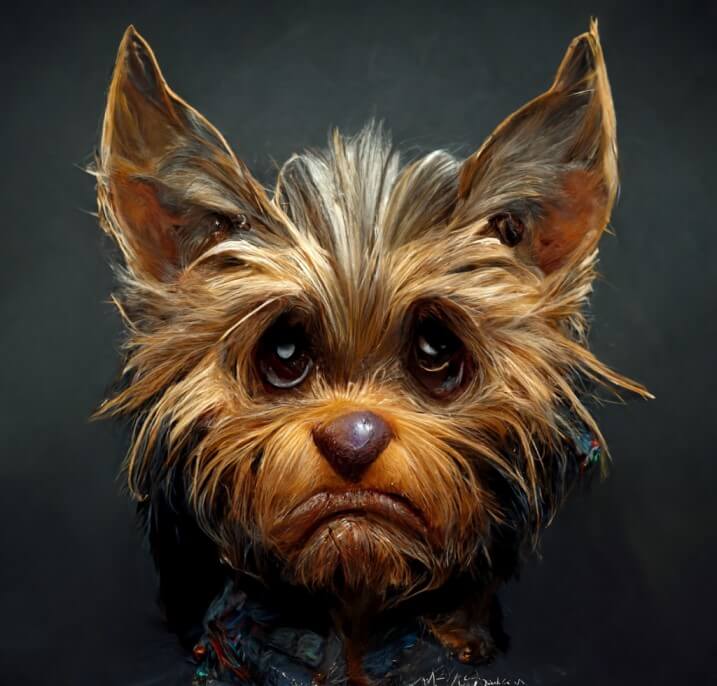 The day I realised our dog has a scarcity mindset